You Are Here: Pierre Auger Observatory 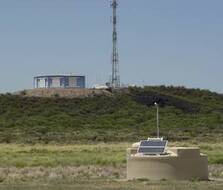